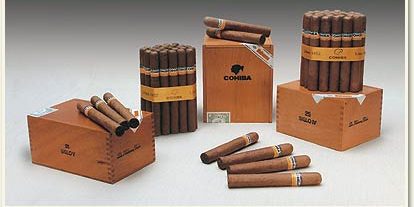 2016 marked the 50th anniversary of Cohiba cigars, one of the world’s most prestigious and well-respected cigar brands. To celebrate this milestone, Cohiba released a series of special edition cigars that were highly sought after by cigar enthusiasts around the globe.
Cohiba cigars were first introduced in 1968 and quickly gained a reputation for their exceptional quality and rich, complex flavors. Today, Cohiba is considered one of the premier cigar brands in the world, with a loyal following of aficionados who appreciate the craftsmanship and attention to detail that goes into every cigar.
To mark their 50th anniversary, Cohiba released a range of special edition cigars that were made with the finest tobacco available and handcrafted by skilled artisans using traditional cigar-making techniques. These cigars were truly one of a kind, with a flavor profile that was rich, complex, and utterly unforgettable.
In addition to their special edition cigars, Cohiba also released a range of limited edition cigar accessories, including humidors, ashtrays, and cutters. These items were highly sought after by collectors and cigar enthusiasts alike, and they made the perfect gift for the cigar lover in your life.
Overall, the 50th anniversary of Cohiba was a celebration of the brand’s enduring legacy and its commitment to producing top-quality cigars. Whether you are a seasoned cigar aficionado or just starting out, Cohiba cigars are a must-have for any cigar lover. So, if you want to experience the unmatched flavor and craftsmanship of Cohiba cigars, be sure to celebrate their 50th anniversary by indulging in one of their special edition cigars.