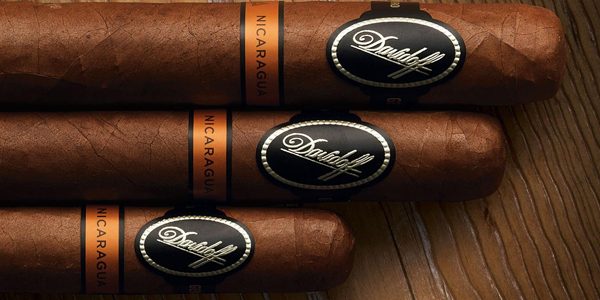 Nicaraguan Cigars are amongst the best cigars in the world. Some of the most coveted cigars are produced with Nicaraguan tobacco. The country has rich & fertile soils for growing tobacco and even has a volcanic island, known as Island of Ometepe that grows a rare and unique tobacco for cigars.

Nicaragua is located just south of Honduras and north of Costa Rica in Central America. Although, the Nicaraguan cigar industry has seen many setbacks throughout its history, when things are stable in this country some of the world’s best cigars are produced and exported from Nicaragua.

Over the last century Nicaragua has had a history of civil unrest through wars and has had its share of natural disasters. Also, the history of Nicaraguan cigars in many ways resembles that of it’s neighboring country Honduras. It was the nationalization of the Cuban cigar industry that brought some of Cuba’s finest cigar producers into exile in the 1960s to Nicaragua in search of new land to grow tobacco and produce cigars.

The 1970s were among the best years for the Nicaraguan cigar industry, where they produced some of the finest premium cigars in the world, notably the Joya de Nicaragua, which became one of the most popular cigar brand from Nicaragua. But, when the socialist leader Sandinistas came into power in 1979, many of the tobacco plantations ceased operation because of civil unrest that plagued the country for years to come.

Nicaragua endured a ten year civil war between the Sandinista government and the resistance group Contras. Much of the fighting took place around the northwestern region of Esteli, which is one of the main tobacco growing regions. Many plantations were destroyed or converted for military use.

The reign of the socialist government ended in 1990 with the election of Violeta Chamorro, who brought more stability to the country. With a new leader, some of the Nicaraguan cigar producers would all start again and the Nicaraguan cigar industry would then revive again in the early 1990s.

However, the Nicaraguan cigar industry suffered another major setback in 1998 when Hurricane Mitch wiped out the majority of the tobacco crop and caused widespread damage and killing thousands of people. Many regions received a year’s worth of rain in just four days that did much damage and in some fields the topsoil of entire fields were washed away completely, leaving a field of rocks.

After this natural destruction, the cigar plantations would once again start over. With the resiliency of the Nicaraguan cigar producers and the political situation more stable over the past decade, Nicaragua has become one of the top producing cigar countries in the world.

In the northwest part of the country, not far from the Honduran border, is the city of Esteli with a population of around 120,000 people. Esteli is the second biggest city in Nicaragua and is found on the Pan-American Road. Esteli is home to the majority of Nicaraguan cigar production and the lands around Esteli is perfect for growing tobacco for use in cigars.

The Esteli region has black and fertile soil and produces a heavy, full-flavored tobacco leaf. It is characteristically dark, and rich with full aromas, body, and flavor. Esteli is known for producing the most powerful of all Nicaraguan tobacco.

After the Cuban Revolution in 1959, the Esteli region became a refuge for Cuban cigar makers. Award winning cigars have made Esteli one of the most important cigar-producing cities in the world. There are several major cigar factories in the Esteli region, some of the biggest being Cubanica Cigars, S.A. (Padron), Tobacos de Oriente de Nicaragua, S.A. (Plasencia), Nicaraguan American Tobacco, S.A. (NATSA), and Nica Habanos (Torano).

Just a bit further north from the city of Esteli and also located in the Esteli department of Nicaragua is the Condega valley. The Condega valley is also home to tobacco fields and cigar factories, including the maker of Felipe Gregorio’s Nicaraguan blends.

Tobacco in the Condega valley is mostly sun-grown, and yield thinner leaves thanks to the heavy cloud cover the area receives. Tobacco here is used for filler and binder tobaccos and the area also produces oily and elastic leaves with rich colors that are excellent for wrappers. The Condega Valley produces the second strongest tobaccos in Nicaragua.

Located northeast of Esteli and Condega, lies the Jalapa Valley. Jalapa sits along the border of Honduras and is remote and access to the area can be difficult to get to. Here the land is fertile and produces tobacco of extraordinary quality that is often compared with the rich tobacco from Cuba’s Vuelta Abajo.

Tobacco grown in Jalapa is considered not as strong as Esteli, but Jalapa grown tobacco is sweeter and the region is known for producing excellent wrappers.

The varieties of tobacco found in these regions have Cuban origins. Some of the more recently developed varieties such as the Habana 2000 Corojo hybrid for wrapper and Criollo 98 for filler are also being grown and developed in Nicaragua.

The island of Ometepe is located off the coast of Nicaragua. This island was created by the twin volcanoes called Concepcion and Madera which rise out of Lake Nicaragua. Concepcion volcano is the tallest of the two and is still active, while Madera volcano is considered to be extinct or dormant.

It is on this island where the volcanic soil is extremely fertile, and allows perfect conditions for growing crops, such as tobacco for cigars. Tobacco grown on this island is described as producing a sweet and a uniquely spicy tobacco.

A notable cigar that uses tobacco grown from the Island of Ometempe is UpperCut by Punch.