“A Look At Cigar Flavors & Taste”

The diverse and variety of flavors available in cigars is the main reason that just about all cigar aficionados enjoy smoking cigars. With all the many different cigar brands and experiencing the numerous flavors a cigar can come in is what makes cigar smoking enjoyable.

Cigars are produced all over the world and the cigar’s flavor depends on where the tobacco was grown, it’s different soil conditions, the different curing processes, how it was rolled and many other factors that affect the process of a cigar. Each element contributes to the taste and flavor of individual cigar brands and types.

Wrapper
Along with the filler and the binder, the wrapper helps make up the cigar’s character and flavor. Although opinion varies about how much flavor the wrapper gives to the cigar. Depending on the type of tobacco used for the wrapper, it can provide a great deal amount of the flavor for a cigar.
Generally, darker cigar wrappers will tend to have a sweeter, fuller flavor, while wrappers lighter in color tend to be milder. But again, flavor does vary according to the blend of the filler.

“What can ruin the flavor & taste of a cigar?” 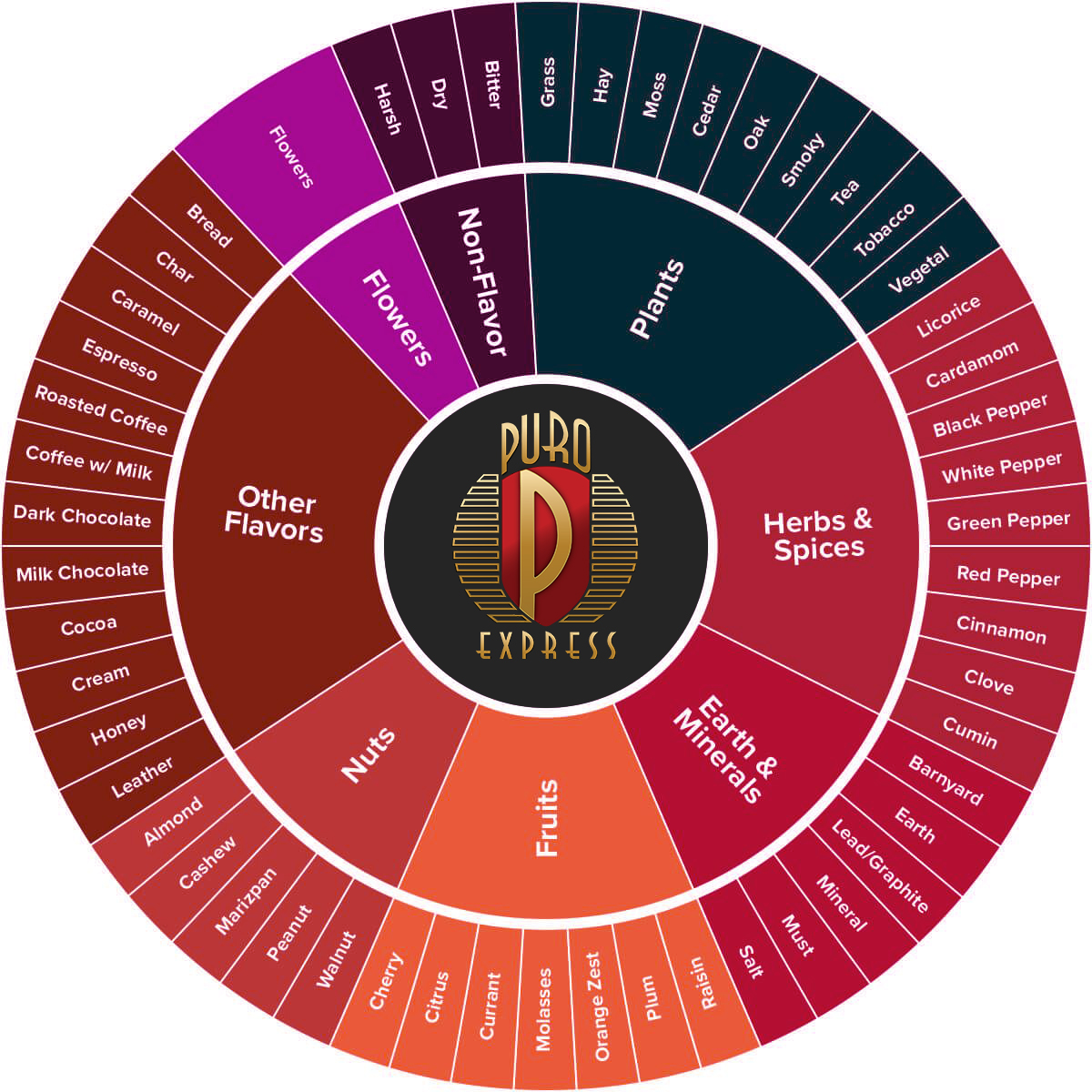