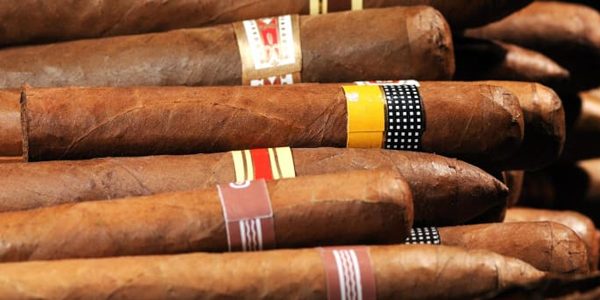 Cuban Cigars – It’s what most people immediately think of when they think ‘cigars’. Cigars from Cuba have a long history of being considered the finest cigars in the world. This Caribbean country is blessed with a semi tropical climate and a rich soil perfectly suitable for growing tobacco.

Many of you know that the Cuban tobacco industry was nationalized by Fidel Castro’s communist government in 1962, when all cigar brands of Cuba became the property of the Cuban government. As a result,  the government created Cubatabaco to handle all production and distribution of Cuban tobacco products both locally and internationally.

In 1994 Habanos S.A. was formed to monitor the promotion, distribution and export of cigars and tobacco products from Cuba around the world. To control distribution and protect against counterfeiting, Habanos S.A. set up a network of stores called La Casa de Habana in different countries. The only nation to which Habanos S.A. doesn’t sell cigars is the United States, which has had a trade embargo against Cuba since 1962.

The global brands of Cuban cigars include 7 brands that are available worldwide.

The Multilocal brands of cigars from Cuba include 5 brands of premium cigars that have general availability, which are available in most countries.

The Niche Brands of Cuban cigars include 3 brands of premium cigars that have general availability.

This brand is named after the South American revolutionary hero, Simón Bolivar. Bolivar cigars are very full-bodied and said to be some of the strongest produced in Cuba and have superb ageing qualities. There is also a non-Cuban brand with the same name that are produced in the Dominican Republic and Nicaragua.

Cohiba cigars are considered as the top Cuban cigar brand in the world with a price tag to match it. These cigars first appeared in 1966 being only available to top Cuban government officials, but in 1982 Castro and Cubatabaco made them available to the rest of the world.

Another Cuban top selling brand is H. Upmann. The Cuban H. Upmann cigar is (generally mild to medium) an elegant, light to medium cigar. Founded by a German banker in 1844. The history behind the family running this company contains many interesting features. not to mention how in 1962, before signing the Cuban trade embargo President John F. Kennedy had his aides go around buying everything they could find of a certain size of the H. Upmanns´, his favourite cigar. he owners of the original brand moved out of Cuba to the Canary islands of Spain and today the non-Cuban production is located in the Dominican republic.

Montecristo is one of the best known Cuban cigar brands of Habanos throughout the world and accounts for roughly one-quarter of Habanos SA’s worldwide cigar sales, making it the most popular Cuban cigar in the world. Montecristo’s blend is created exclusively with selected leaves from the Vuelta Abajo region, home of one of the finest tobaccos in the world. There is also a non-Cuban Montecristo that was established after the nationalization of the cigar industry in Cuba in 1962. The original owners of the Montecristo brand fled to the Canary Islands where they re-established the brand, which is now produced in the Dominican under the same name.

Partagas is another top selling Cuban cigar brand and one of the oldest, founded in 1845. It offers full strength cigars using tobacco from the premium Vuelta Abajo region. There is also a non-Cuban Partagas brand from the Dominican Republic with the same name, established due to the nationalization. There is also a non-Cuban brand from the Dominican with the same name that was established due to the nationalization.

The brand Punch cigars was founded in 1840. This brand was aimed specifically at the British market and became successful there. The Punch cigars have bold and full, rich aromas. There is also a non-Cuban brand with the same name made from Honduran tobacco.

Romeo y Julieta is one of the best known Havana brands. It was founded in 1875, making it one of the oldest brands. Romeo y Julieta cigars are medium strength cigars and are produced many different tobacco blends from the premium Vuelta Abajo region. There is also non-Cuban brand produced in the Dominican Republic with the same name.