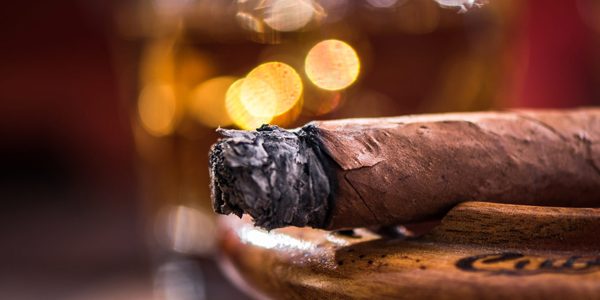 “Mild cigars are the best cigars for beginners”

This statement is mostly true for most beginner cigar smokers, since they may not be accustomed to the strong flavors that some of these cigars punch. Although, this can not always be true because each person is different, especially If someone likes strong flavors.

For example, my first ever cigar was mild, and I don’t remember what kind it was and this led me to believe cigars were bland, tasteless and without character. So, I just didn’t have much interest in them for a while. Then a few years later a friend had me try another cigar that I really enjoyed, that was when I realized a cigar was something you could actually enjoy.

With that being said there are many good mild cigars out there, it just all depends on what the person prefers. But, for the vast majority, those new to cigars should begin with brands that are considered mild-to-medium, such as those from the Dominican Republic, and slowly work up to stronger, full-bodied cigars. This will allow you taste buds to gradually adjust to the many flavors of the cigars available.

For anyone who is interested in starting to smoke cigars, the choice of what cigars to try first is very difficult and also very important. The decision is difficult because a beginner smoker doesn’t generally know what to look for when selecting a cigar.

The many different brands, wrappers, colors, and sizes of cigars can be overwhelming. Without any idea a beginner cigar smoker will just be choosing cigars at random. Choosing a cigar in this manner would make it very easy to end up with a bad smoke, or potentially an overpowering smoke. If a beginner smokes a few bad cigars in a row, he might think all cigars are like this and may give up on cigars forever.

One of the best ways to figure out what kind of cigars you like is to try many different brands and types of cigars. A great way to experience an assortment of cigars is buy a beginner cigar sampler. Cigar samplers come in a variety of different brands, for example, around 8 different brands. Samplers can easily be found at a cigar shop or online.
Since the choice is so important, that is why I have compiled a list of cigars for beginners that are great for newbies and experienced cigar smokers will also enjoy these. This list represents a good assortment of cigars that will expose a new cigar smoker to a spectrum of cigar characteristics.

This Dominican hand-made cigar is great for a beginner. They are mild in flavor and have a consistent draw.

This Honduran made cigar contains a nice blend of tobaccos and is a mild-to-medium smoke.

Havana Honey is a popular national brand, and probably the most popular brand of flavored cigars. As you might guess, this is a honey flavored cigar, and it is a great cigar to try to see if you enjoy flavor infused tobacco.

Romeo y Julieta Vintage is one of the most popular cigars in the world. This cigar has rare quality of being both mild and full-flavored and the cigar has a creamy, almost cappuccino flavor, with hints of cocoa

This is one of the newer brands out there and is a great Cuban cigar for beginning smokers. Good smoke for anyone who likes a very mild and light bodied cigar.

Made in Honduras this is a mild-to-medium bodied cigar and is a very easy smoking cigar. It has an earthy and woodsy flavor with hints of leather. The aroma is quite pleasing also, with wood and leather undertones.

This cigar is made by the General Cigar Company in Honduras and has a very enjoyable mild flavor with a mild strength. This is one of the top cigars for beginners and also great for an experienced smoker who enjoys an occasional mild cigar.

One of the most popular cigar in the world. This Cuban cigar have a unique spicy flavor.