How to Smoke a Cigar 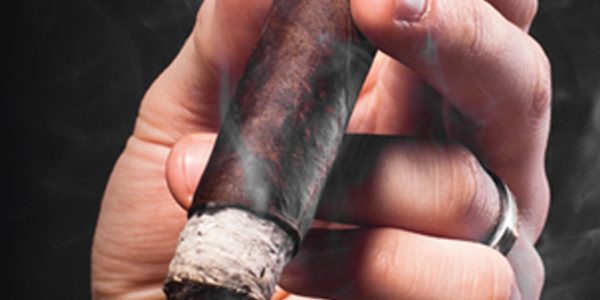 Once you have learned how to cut a cigar and mastered cigar lighting, the next step is to sit back and enjoy your cigar.

Do not smoke a cigar as you would a cigarette. Cigar smoking is not supposed to be rushed and if you smoke quickly your cigar may overheat, which can ruin the taste. Cigars are meant to be a relaxing, calm smoking experience. 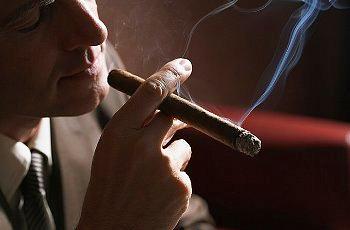 Take your time, savor the taste and the aroma. One or two puffs per minute should be enough to enjoy the cigar and keep it lit.

While smoking, do not swallow the residue of any tobacco because it can make you ill. For the most part you are not supposed to inhale a cigar, since it can be harmful to your health. Cigars are more for flavor and aroma. Inhaling deeply doesn’t improve the flavor anyways.

Cigars are like a fine wine & they’re meant to be enjoyed. Cigars have a wide variety of tastes and can range from sweet, spicy, bitter, salty, and so on. The range of flavors of different cigars goes on and on.

To evaluate the flavor or a cigar, hold the smoke in your mouth for a few seconds (don’t inhale it into your lungs) and allow your tongue to savor the different taste sensations.

While you are smoking the cigar you should not knock the ash off the end of a cigar. The ash helps to keep the cigar burning at the correct temperature. When the ash looks as if it will fall off by itself, just set the end of the cigar over an ashtray and roll the cigar to let the ashes fall off naturally.

If your cigar goes out while you are smoking it, as it might happen, tap away any ash, relight it as before, and resume smoking it. But beware that relighting a cigar after more than a couple of hours will almost certainly mean that its flavor is significantly impaired.

How much of the cigar should be smoked?

When to extinguish a cigar is entirely up to you. But a good guide will be in the taste. The shorter it becomes, the harsher the flavor because of the concentration of tars, which is a good indicator that you’ve had the best out of it and this typically happens about the last few inches.