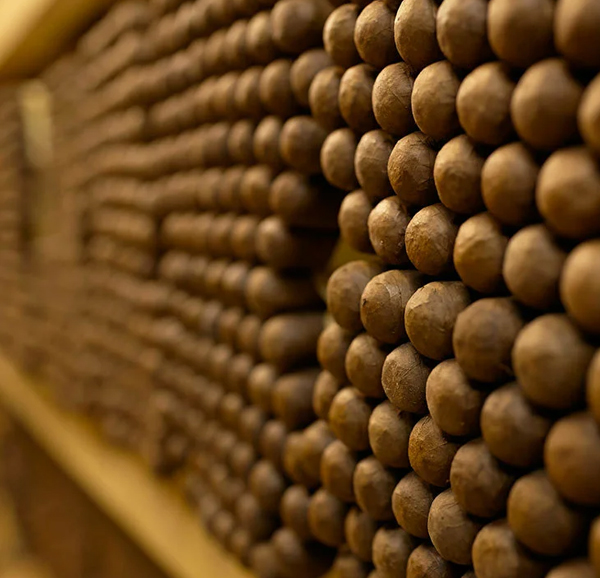 Cigar ageing is thought by most experienced cigar smokers to be essential if you want to make the most of your premium cigars. By letting your cigars age in your humidor, you can actually improve the cigar’s character and flavor as the different tobaccos used in its construction continue to blend.

Cigar enthusiasts know all about the pleasures of an aged cigar. The subtle flavors of a well-aged cigar is enjoyable and an unforgettable smoke. Like wine, many cigar aficionados agree that the process of ageing a cigar is what makes a good cigar a great one.

What is Cigar Ageing

Cigar ageing is a period of time during which the cigars are put to rest in a humidity controlled environment, typically in a humidor or storage area, called “ageing rooms.” This is where they’ll be undisturbed and allowed to evolve and mature, much like what happens when they’re aged during the manufacturing process. Some cigar aficionados feel that ageing cigars for a significant period of time is essential to developing the best characters and flavors of a cigar.

How Long To Age Cigars

The proper time to age a cigar is debatable, there are no definitive guidelines as how long cigars should be aged before they reach their peak. However, most experienced cigar smokers agree that most hand-rolled cigars should either be smoked within a few months of their manufacture or they should not be touched for at least a year.

There are even some cigar smokers from different countries that like to age there cigars for 10 or more years. Although, this is still up for debate or a gamble as to weather an aged cigar over 10 years is “overaged” and will still maintain it’s flavors.

The amount of time you age your cigars is a matter of personal preference. Some prefer cigars young and fresh while others appreciate a matured cigar. There are some low-quality cigars that won’t see much improvement with ageing.

However, keep in mind that top-quality premium cigars after ageing will almost certainly become smoother and improve in flavor, much the same way that good wines for ageing are too bitter or acidic to drink when young.

Typically, Dominican cigars that are light bodied, mature faster and should be aged for 1-2 years. Cigars that usually benefit most from longer periods of ageing of around 3-7 years, tend to be the larger ring, fuller-bodied cigars, such as Cuban or Honduran cigars.