All you ever need to know about Partagas Brand Cigars 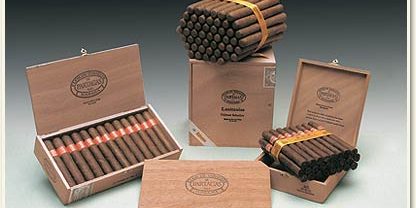 Partagas brand cigars are one of the oldest brand of cigars still in existence. They were established in 1845 in Havana, Cuba. Today, the name is used by two separate and competing cigar companies. One is the famous state-owned Habanos SA in Cuba and the other is the General Cigar Company headquartered in the Dominican Republic, which produces cigars mainly for the US market but doesn’t contain one bit of Cuban tobacco.

Partagas, named for the original owner and founder Catalan (person from Catalonia) Don Jaume Partagás i Ravell, has a colorful and very interesting past. It all began when the young, innovative entrepreneur migrated to Cuba. The dates don’t quite add up, but apparently Partagas (not much more than a child when this apparently happened in 1827) founded a small tobacco company with the assistance of Joan Conill, a businessman from Lloret de Mar, in Havana.

By 1845, Don Jaume had accumulated a small fortune and owned several of the best plantations on the island. He then decided to open his own factory and named it Real Fábricas de Tabaco Partagás (Partagas Royal Tobacco Factory). It is said that he choose the name because of his status as an elite cigar supplier to European and Asian royalty. It was one of the largest factories of the time.

Because Partagas owned the best plantations in the finest tobacco growing region of Cuba, the Vuelta Abajo, he was able to choose premium tobacco, which quickly made his cigars incredibly popular. It is also believed that Don Jaume experimented with various fermenting and aging methods of the tobacco to create the best flavors, aroma and smoothness. Legend has it that Partagas was also the one who first introduced the practice of having a lector read books to and entertain the workers as they rolled the cigars.

Don Jaume Partagás i Ravell was murdered on one of his plantations in 1864 or 1868 – the exact year isn’t known for sure. The exact reason isn’t clear either, but it is believed he was killed by a jealous rival he had been competing with for the affections of one of his lovers.

After the death of Don Jaume, his son Josep Partagas took over the business. The factory and brand name were later sold to José A. Bance, a banker, who in 1900, sold it to Cifuentes, Fernández y Cía. Apparently, Don José Fernández left the company in 1916, and Ramon Cifuentes Llano together with Francisco Pego Pita took over and formed Cifuentes, Pego y Cía. The company obtained the rights to the Ramon Allones brand in 1927. At some point – the exact time in history is unclear – the factory began production of its own brand name, the Cifuentes.

In 1938, Ramon Cifuentes died and Francisco Pego Pita died two years later, in 1940. The increasingly prestigious maker of high quality cigars, especially the elite brand of Partagas was left in the sole ownership of the Cifuentes family. The family renamed the business Cifuentes y Cia.

Cifuentes y Cia acquired the prestigious Bolivar brand and La Gloria Cubana brand in 1954 from Jose F. Rocha. Production was moved to the Cifuentes factory. In terms of exportation of Cuban cigars, by 1958 the company was second only to the H. Upmann company. Overall, the company accounted for more than a quarter of all tobacco products exported.

Both before and after the Cuban Revolution, the real Partagas produced in Cuba remained as one of the most elite and best selling cigars in the world. By the mid 1990s, the Partagas was second in sales only to the world famous Montecristo. Approximately ten million Partagas brand cigars were sold per year.

The original Partagas Factory in Havana, after wards renamed as the “Francisco Perez German,” is today still the major producer of the Partagas brand. The factory is a popular tourist attraction for cigar aficionados visiting Cuba.

The government owned Habanos SA sold a controlling share of the company to Altadis in 2002. This initiated a number of changes to the production of cigars. One of the main changes included turning many of the brands from hand made to machine made, and eliminating some of the slow selling brands.

This might have been a good move for the survival of the company, but many cigar connoisseurs all over the world were very disappointed to see their favorite brand discontinued.

There are two Partagas manufactured by a machine, the Mini and the Club. The company also produces a brand of Partagas cigarettes.

This is a list of the commercially sold vitolas produced under the Partagas brand. The size of the cigar and the ring gauge is included in both Imperial and metric measurements.

Vitolas Made by Hand: