All you ever need to know about Vegas Robaina Brand Cigars 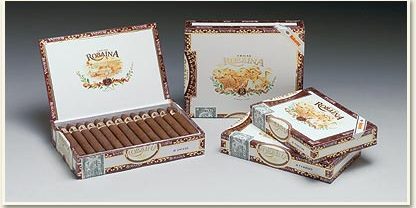 Habanaos SA introduced two new lines during the 1990s. The Vegas Robaina brand was the second of the two, and is named after Don Alejandro Robaina. The Don became famous for growing premium wrapping leaves on his farms in the Vuelta Abajo region, also known as Pinar del Rio, on the island of Cuba.

The Robaina cigars are produced using only the finest tobacco and are classified as having a medium to strong blend. Cigar aficionados describe the cigars as having a fine burn, a wonderful presentation and an excellent aroma.

Don Alejandro Robaina became very well known by cigar aficionados all over for growing the best tobacco in all of the farms in the famous Cuban region of Vuelta Abajo. Every year, eighty percent of Don Alejandro’s abundant tobacco harvest was declared to be of high enough quality to be used as wrapper leaves for premium Cuban cigars. Only about thirty percent of the tobacco produced on other plantations received this honor.

In 1997, Don Alejandro was honored by Habanos SA when the company decided to launch a new line of cigars in the name of his exceptional tobacco farm. Produced in the former H. Upmann factory in Havana, the Vegas Robaina cigars quickly rose to the top choice of cigar aficionados around the world.

Don Alejandro himself became quite a large celebrity in the Cuban cigar world, with thousands of tourists and aficionados flocking to see the famous farm, and to meet the man behind the legendary leaves.

This is a list of the commercially sold vitolas in the Vegas Robaina brand of cigars.

Vegas Robaina Vitolas Made by Hand:

Special Releases of the Vegas Robaina

The company also released many other special edition cigars to commemorate various milestones.

What are Ultra Premium Cigars
December 13, 2022