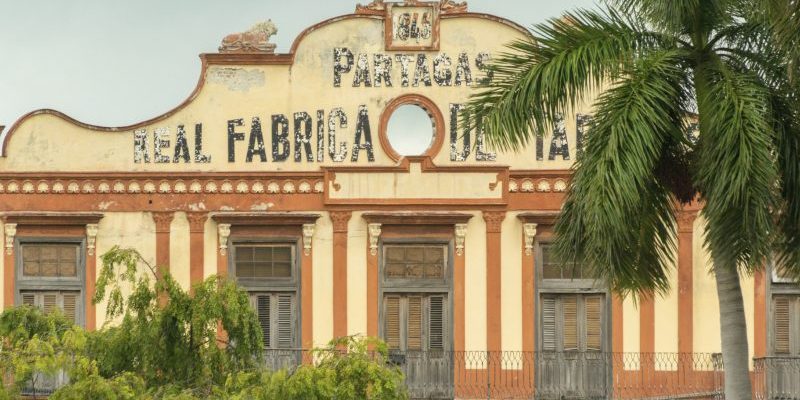 As the American government slowly lowers the drawbridge to Cuba after more than 50 years of exile, intrepid travelers and fine cigar aficionados are rubbing their hands in glee. Some experts, however, are less than optimistic about what the next few years will bring to, as well as from, Cuba.Although it’s obvious the tiny island nation should be scrambling to turn up cigar production immediately to meet the anticipated strong demand once the floodgates are finally opened, some are warning that Cuba’s cigar industry isn’t ready for its American moment  and they won’t be anytime soon.

A once in a lifetime opportunity for the Cuban cigar industry
Cuba currently exports around 100 million cigars annually, which is roughly 20 percent of the handmade cigars sold around the world each year. Americans are the most voracious consumers of cigars, buying up $4 billion worth of cigars annually. Although this market has been off limits to Cuban manufacturers since 1962, it’s estimated currently about 3 percent of premium cigars sales in the U.S. are of Cuban cigars, mainly ordered from foreign vendors online (nevermind it’s not technically legal). As of early 2016, Americans are also allowed to carry back up to US$100 worth of cigars from Cuba as souvenirs. So it’s not difficult to spot the huge opportunity for Cuban cigar companies when the U.S eventually lifts its embargo.

Cuba is perfect for growing tobacco, yet tobacco production has been on the decline
Cuba’s Pinar del Rio valley is to cigars what the Loire valley is to wine. The island happens to have the perfect temperate climate and fertile soil for tobacco plants to thrive. The tobacco grown here is renowned for its rich flavors and a reliably slow burn that makes it second to none in the world. So why are fields in Pinar del Rio now laying fallow and covered with weeds instead of tobacco?
On an island not far as the crow flies from the ostentatious wealth of South Beach, Miami, the contrast is startling. Cuba may as well be on another planet, the weathered contents of a time capsule from the 50s where threadbare American muscle cars still parade down the streets and Ferguson tractors work the same fields as they have since the 40s. That is when fuel is available, and there’s money to buy it. Otherwise supplies are fetched by tractor or bicycle.
Decades of government enforced monopolies, a Communist dictator and relative isolation all resulting in a depressed economy with a crumbling infrastructure that’s long overdue for an overhaul. The wheels of progress have to turn fast and it will take considerable leadership, creativity and significant financial resources to overcome the inertia.
Tobacco farms no longer make sense
Family-run tobacco farms once covered most of Cuba’s Pinar del Rio Valley, but this is gradually changing as tobacco farms became less and less lucrative. When Fidel Castro came into power, larger farms became nationalized and smaller farms were forced to join a collective that has hindered more than helped and as a result, families with means fled to Nicaragua and Honduras with their best plants to start up again. Fidel Castro is only partly to blame, though. By nature, tobacco is slow growing and harvesting is demanding and labor intensive so even farms that can pay wages several times above the median income of US$25 a month have trouble attracting and retaining skilled laborers to pick their tobacco.
It just doesn’t stack up anymore when farmers are finding they are making 40 percent or more growing crops such as cucumber instead of tobacco. Cuba currently imports more than half of its food so, in an effort to encourage local produce, vegetable farmers are eligible for a bonus from the government if they’re able to exceed cultivation quotas, which does not apply to tobacco. Unlike tobacco growers, they also don’t have to rely on a poorly managed cooperative to supply fuel and fertilizer
Choosing Between Quantity and Quality
Making cigars by hand is an art that takes years to learn. Efforts to hurry along cigar production in the 90s to meet increased demand backfired when poorly made cigars started pouring out of Cuba and severely hurt its reputation. But ensuring the highest standards are met isn’t easy, fast or cheap. The 35% of new rollers or torcedores who successfully complete a rigorous 9-month training program can expect to earn double the wage of a doctor or professor for rolling about 100 cigars a day.
There are some hopeful signs too. The Robainas who have been making Vegas Robaina cigars as a family for generations are preparing for the change. They are hoping to be granted government approval to form their own cooperative, which would allow them to finally buy new tractors, control their own supplies and finally make their family tobacco farm into a popular tourist destination.