3 Solutions for “Mold” on your Cigars or Humidor 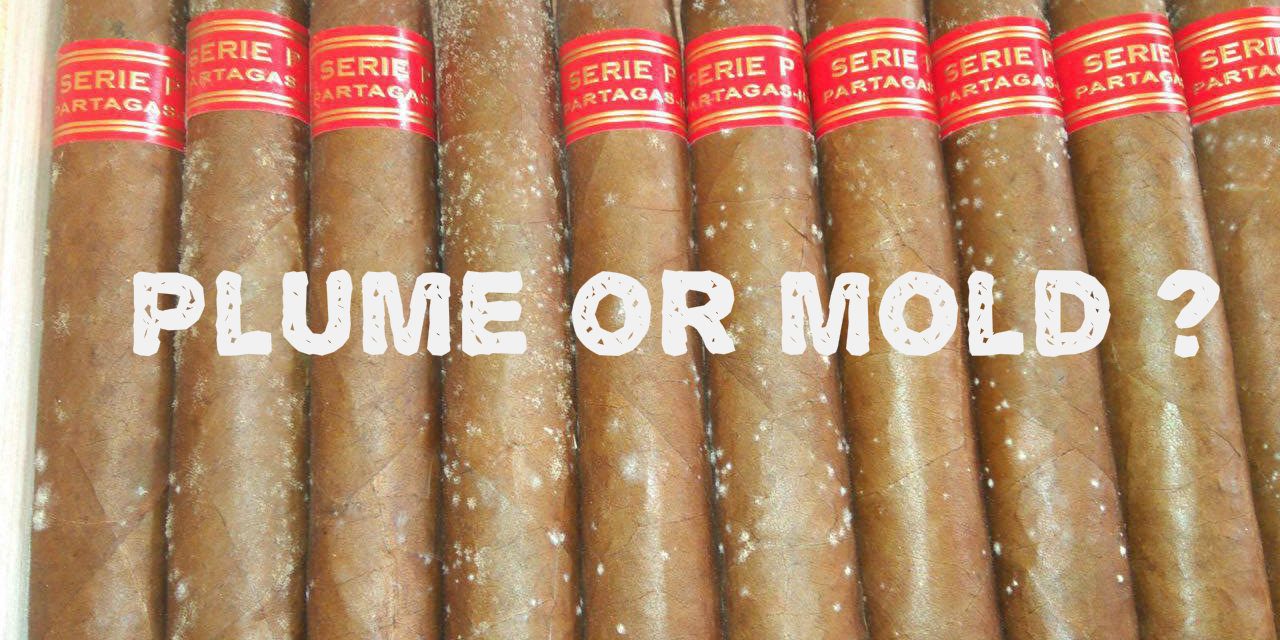 So you go to pull out a cigar, and it doesn’t look quite right. Before you panic that your cigars have gone moldy, first you have to distinguish if you are dealing with actual mold or simply plume. Plume, also known as “bloom,” is harmless and even thought by some to be a sign of a well-aged cigar and you don’t need to do anything about it.

Bloom most often appears as a fine white powder or a dusty coating and becomes visible when natural oils from the tobacco slowly work their way through and rise to the outside of the wrapper. Bloom can also look like white spots that are not necessarily evenly spread out over the cigar or humidor. Keep in mind though that mold (and sometimes plume) can appear in more colors than just white and should be handled with care since it is a fungus that you don’t want to spread to other cigars in your humidor or to the humidor itself.

To further put your mind at ease, rub a little between your fingers and sniff gently. Mold has a distinct odor that your nose will recognize instantly. Other signals for mold are hairy or fibrous looking spots.

But whether you have plume or white mold, there is no reason to throw your precious cigars away. You can still smoke and enjoy them with these easy solutions:

1. Take the whitish cigars out of the humidor or box to prevent further contamination of other cigars stored alongside. Wipe each cigar one by one with a soft dry cloth and leave them in a dry humidor (outside) for about 36 hours. If that solves your problem, you were not dealing with mold and all is good. 🙂 Light up and enjoy.

2. If, however, the problem has reappeared, it’s still possible to rescue your cigars from a bout of mold. Carefully wipe any cigars you suspect is moldy with a slightly wet paper towel, one by one. Then keep them either outside the humidor for at least 36 hours, or let them dry and then pop them in the freezer overnight and then return to room temperature before storing or smoking.

3. If you’re sure you’re dealing with mold and not plume, another method to neutralize mold is to use a wide flame to dry out each cigar after wiping with a damp paper towel. Obviously use extreme care. Then keep the affected cigars separate from your other cigars for at least a week to be sure you blasted it all.

An ounce of prevention is worth a pound of cure

Mold is most often the result of improper storage. If you don’t use a humidor, this scare might be a sign you need one. But if you have been storing your cigars in a humidor, check that it is maintaining a consistent humidity of 72% and a temperature of 21 degree Celsius, which is the standard recommendation. After you clean the affected cigars, wipe the inside of your humidor with an alcohol solution to kill any remaining mold before using again.