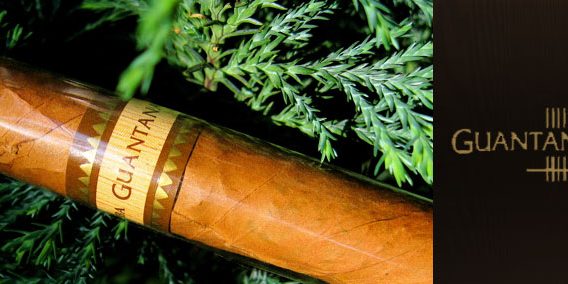 Processing Cuban tobacco leaf can take many months, and sometimes years, before the leaf is ready to be used in production for a cigar. The first step is perhaps the most crucial one that is taken. This is the air curing of the recently harvested tobacco leaves. It helps to remove all the moisture from the leaves and gradually gives the leaves a nice golden brown color for which it is known.

Most of the curing is done by very traditional methods. This means the leaves are simply hung in traditional tobacco houses. The leaves are strung together by thread and hung next to each other as they rest on large sweepers. The light allowed into the houses must be adjusted on a constant basis. This allows for a much more natural variation of temperature and humidity allowed into the house, which the leaves need in order for the curing to occur properly.

In the nineties, there was the introduction of a new method for curing. Many felt that the traditional houses were unreliable when it came to controlling humidity and temperature and that it could be better controlled to produce a better leaf. They created an air-controlled environment for the leaves to be stored in to give them the optimum conditions. This also meant that the curing process would not take as long since conditions were perfect all the time. These rooms still need to be monitored closely so that adjustments can be made depending on the state of the leaves.

When the leaf itself has been cured, the work of the tobacco farmer is deemed complete. The leaves are then turned over to the gathering company who will take care of the leaves on behalf of the farmer. The leaves are moved from the curing area into an area where fermentation can begin.

All the leaves are first dried and placed into bundles known as sheaves. The sheaves are placed into piles and covered with palm fronds or fabric. This helps in the fermentation process as it will help to draw out any moisture and impurities in the leaves themselves. It will also help to soften up the flavor of the fillers used in the cigar itself to give it a more pleasant flavor.

After the first fermentation, leaves are then chosen for their particular roles in the cigar. Wrapper leaves get the most attention and only those of the best quality are chosen to be used for wrappers. The leaves themselves are categorized into many categories so that it can be determined which are best for wrappers, fillers and binders.

The leaves are packed into thirds and sent off to be cared for depending on their role in the cigar. Wrappers are further cured and aged. Fillers and binders are wetted and given moisture in a process so they may undergo a second fermentation. The second fermentation is much longer than the first and the piles created are much larger.

After the second round of fermentation, the leaves for binder and filler are placed on pallets to get ready for the aging process. Strong sheets need to be aged longer than thinner sheets. The longer the aging that happens, the better quality will result. The filler leaves are packed into bales while layer sheets are packed in special containers. Each is labeled in great detail so that it is known exactly what is contained so they can be used for the proper cigar types.