What is the story with “Fake Reviews”? 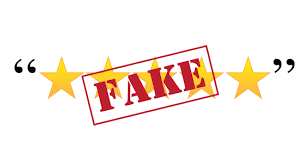 If you were ever lucky enough to have had a good cigar shop or cigar lounge nearby, you’ll know there was something special about going in for a personal recommendation for a new smoke from someone you could trust. Chances are these days you haven’t set foot in a cigar shop for a long time, if ever, and you have to do your own due diligence. If the cigars in your humidor were the ones with the best online reviews or received top rankings from your favourite cigar magazine, you’re not alone.

An Oct 2018 study of 1,000 US-based consumers found that across the board, 91 percent of people report reading online reviews. Although they said they usually looked at an average of 10 recent online reviews before feeling able to trust a local business, 84 percent said they believed online reviews as much as a recommendation by a friend. The numbers are even higher for 18-34-year-olds who were more likely to write reviews than their parents and who seem even more comfortable taking the nod from a stranger for everything from where to dine to what to smoke.

At Merchant Cigars, we work tirelessly to improve the customer experience and are focused on providing the best service to our customers. We’ve found that the best way to develop new products and to continue improving is by listening to our customers and welcoming your feedback. We ensure a steady flow of great online reviews by focusing on what matters — providing outstanding products and services consistently.

Our longtime customers have confirmed that unfortunately, not all online cigar retailers are as scrupulous. Sorry to burst your bubble, but after having done our own investigations, we were disappointed to discover that in most cases, online cigar reviews appear to be at the very least cherry picked, questionable because so many are incentivized, and sometimes just plain made up.

In the 2018 study, 57% of consumers say they wouldn’t use a business if it were rated less than 4 stars. Well, cigar retailers don’t need to read the latest research; they know firsthand how sales can live or die by their online reviews. Most businesses have caught on that product reviews are what really matters and some will stop at nothing to make sure they have the best reviews, even if it means cheating.

The majority of online consumers are paying attention to reviews, including cigar reviews, so it makes sense to want to control the process rather than leave it to chance. Increasingly, we have noticed less-ethical businesses are crossing the line to spend their marketing budget to get the reviews they want and to attempt to knock back competitors with faked negative reviews. For as little as $5 per post, it is a temptingly effective option for less ethical companies. Some companies will even go as far as creating their own seemingly unbiased review sites to market their brand.

A less obvious but still manipulative practice is ‘review swaps,’ where a company encourages their customers to publish reviews by rewarding them with discounts or gift cards. It’s hard to police and has become so commonplace it hardly raises an eyebrow anymore. However, review sites that depend on the veracity of reviews, including Amazon.com, are hitting back.

Deterring fake product reviews is an ongoing problem for not just business owners including Merchant Cigars, but the major review sites. In April 2018, Amazon.comtook action and shut down at least a thousand Amazon Prime accounts without warning or explanation. They later issued a statement saying it took action against ‘bad actors’ on the site who have violated Amazon’s community policies around posting reviews for ‘commercial purposes.’ Some customers claim that Amazon acted unfairly because a data breach may have allowed hackers to post reviews on behalf of customers without their permission.

This move comes after the retail giant pursued and shut down a number of “online marketing” businesses that were posting fake reviews on behalf of their clients. Many, including one brazenly named “buyamazonreviews.com,” have been shut down and now redirects to a page on Amazon.com that explains Amazon’s anti-manipulation policy for customer reviews.

Amazon then aimed further down the chain by filing a class action lawsuit against 1,114 “John Does” in 2015, individuals whom they claim were offering to write fake Amazon reviews through freelancing site Fiverr.com. These fake reviewers allegedly used hundreds of fake Amazon account names and IP addresses to flood the retail site with counterfeit reviews. The content of the reviews was typically supplied by the businesses who hired them, making them sound very realistic and challenging for consumers to detect. The canniest will even throw in a few lukewarm reviews to avoid suspicion.

If Amazon is taking product reviews this seriously, let’s hope CEO’s, brand managers and new product developers will think twice before trying to stack the deck in their favour by posting glowing reviews about themselves, paying their customers for review, or publicly trashing competitors with fake online reviews. Despite our best efforts to exceed expectations, we still occasionally receive mysterious negative reviews from people who are not in our records as customers.

How to Be a Smarter When Shopping Online for Cigars:

• Read customer reviews with not just a grain but a full bucket of salt and plenty of common sense.

• Remember that ratings can vary by cultural norms. For instance, while Americans tend to be effusive and generous with praise, Europeans tend to be much less so, even if they’re equally satisfied with a product.

• When reading reviews or rankings, check if only advertisers seem to get the best reviews and calibrate the information accordingly.

• Think twice before ordering from sites that appear to have rare cigars, such as Cohiba Behikes, perpetually “in stock” although they’ve been scarce for a generation or two.

• Always look for sites that make it easy for you to contact an actual human for customer service.

At an eye-opening lunch recently with a representative for one of the world’s most recognizable cigar brands, the topic of the ever-popular annual rankings by cigar magazines came up. Although the rankings are supposed to be based on “blind” tastings by a panel of experts, the rep laughed and revealed that some magazines offer top rankings as an attractive add-on to their advertising packages.

You can’t believe everything you read, he told me.