Which Drinks Pair Well With Cigars 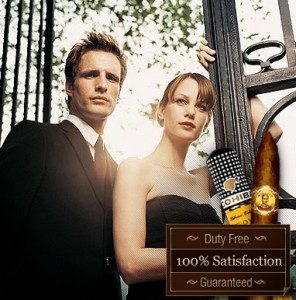 Typically, many people opt for a cognac or a Scotch if they are going to unwind over a cigar. However, there are still many questions left unanswered, not least because it depends on which type of cigar you’re smoking, and the types of spirit you have on hand.

Here, we’re going to run through six drinks to consider in order to enhance your cigar smoking experience.

Some aficionados might raise eyebrows at this – but this is because lagers such as Budweiser or Coors immediately spring to mind.

Instead, you need to look towards wheat-based beers, pale ales and stouts that offer distinctive flavours. It’s all about creating a harmonious balance, without drink or cigar competing to dominate the palate.

For example, opting for hoppy pale ales may bring subtle citric notes and a malty aftertaste. Complementing it with a full-bodied cigar that offers a creamy finish will guarantee that you get nuances from both, and could unearth some great flavor combinations.

There has been an explosion in gin choice in recent years – Hendrick’s, Gordon’s, Bombay Sapphire, Beefeater and Tanqueray in particular are all great choices. If you wanted to get a little experimental, pour 50ml of gin over ice and add roughly 200ml of high-quality tonic water. Squeeze a slice of lime into the glass.

Many believe that English Market Selection cigars are well-suited to the task, not least because of how quintessentially British gin is. An excellent choice would be a Cohiba 1966 cigar, which was released as a limited edition two years ago.

These two beverages offer a powerful advantage for heavier cigars, as they are quite spicy and complex.

If you are drinking dark rum neat, try to opt for a cigar that offers creamy and sweet undertones – and to really stay true to a nation’s fine produce, do your best to enjoy spirits and cigars that were made in the same country.

Port is more of an unusual selection, and there are some naysayers who will claim that the aftertaste of a fortified wine mars the palate when you go to draw on a cigar. This is certainly true if you are smoking a mild, light-bodied cigar, so make sure you opt for a Padron or even a Joya de Nicaragua that can match the Port.

On to the safe choice for the cigar enthusiast: a nice, aged cognac. This is a winning combination as both drink and tobacco will have hopefully been given the chance to mature over several years. As you would expect, experts recommend that you go for an ‘XO’ spirit – which is short hand for extra old.

If you carefully consider the pairing and the characteristics of both, it is possible to achieve a greater enjoyment from the cognac than you would do if you were drinking it on its own. An example of this would be an extra-old Couvoisier cognac, which pait well with a robusto cigar from Hoyo de Monterrey.

Let’s also not forget another classic combination – cigars and whisky. Some malt manufacturers have gone on to release rare liqueurs that were prepared with cigar smokers in mind, simplifying the pairing process. Dalmore is one such example, who created a reserve blended from three casks.

6. What If You Prefer a Non-Alcoholic Pairing For Your Cigar?

Here’s a round-up of the top soft drinks to consider with a cigar:

Also, there are some unexpected alcoholic beverages that will work a treat with a full-bodied cigar because they cleanse your palate. In some ways, it’s like pairing food with wine – an intimidating prospect at first, but one that becomes easier as you understand how to balance flavors together.

The best way to find the drink that suits your favorite cigar is to go out and experiment for yourself! Responsibly of course…