Why Cuban Cigars Remain the Standard 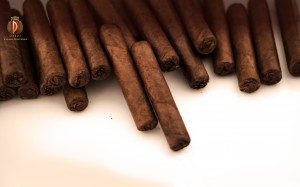 The general consensus among the majority of cigar experts and connoisseurs alike is that Cuba is the undisputed master of hand-made cigars. Cuban history and cigar history have been intertwined for many centuries. As soon as Christopher Columbus found the Caribbean islands in 1492, he encountered the Tainos natives who happened to be smoking the earliest recorded versions of what we know today as cigars.

Smoking tobacco was a common practice throughout South America, Central America and the Caribbean. So, when Columbus returned to Europe, he brought back tobacco and the sailors soon became the first group of smokers.

Those sailors helped to spread the practice and are given credit for rolling the leaves and creating what we would call a cigar today.  Not long after that, Spain began to mass produce cigars using tobacco that they had shipped from Cuba, since the climate in the Caribbean was more suitable to growing high quality tobacco.

That was the very beginning of the Cigar industry in Cuba. The overall quality of the Cigars improved, as the process and the procedure of drying and fermenting the tobacco leaves improved. These procedures led to the distinct flavor that would come to be recognized as Cuban.

The cigar-industry prospered, as the processing developed and the skills of the toredores (cigar rollers) increased. Tobacco-farming became big business and the cigar industry flourished. The reason was that, tobacco leaves no longer had to endure the long trip across the Atlantic. In cigar form the tobacco arrived safely and the flavor was preserved.

The Cubans developed the techniques of using different types of tobacco for each of the 3 parts of the cigar. The wrapper, the binder and the filling.

The quality of rollers and tobacco is a matter of pride to the Cuban people and today many of the rollers are actually women. Even today, with world-wide commerce and trade, and so many different brands of cigars from all over the world, the Cuban cigar is still considered the king of cigars the world over.

The popularity of brands like Montecristo, Upmann and Hoyo de Monterrey are the standards by which other brands of cigars are judged. They are also the most highly prized by cigar lovers and also the most widely sold cigars in the world.

All of the work related to Cuban cigars today is controlled by Habanos SA and Cubatabaco. There is a certain mystic to smoking a Cuban cigar that just does not exist with other cigars. Kings have enjoyed the flavor and distinct characteristics of Cuban tobacco for centuries.  Hollywood has glamorized not just the Cuban cigar, but the culture of refinement that seems to be part of the cigar industry.

Cigar making is an art, and perhaps even a science in Cuba. Because of how serious the cigar-industry is in Cuba, they have been able to maintain their standing as the leader in the cigar world.