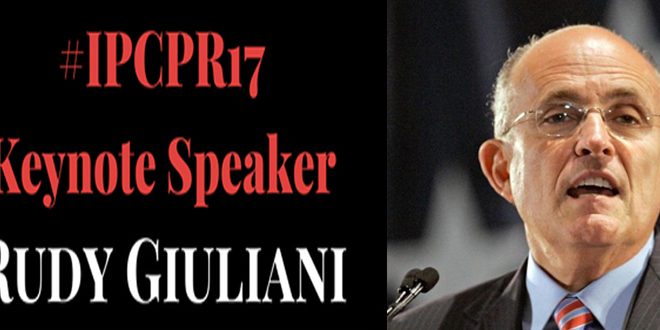 Rudolph W. Giuliani, is scheduled to headline at the opening breakfast of the 85th International Premium Cigar & Pipe Retailers’ event on Tuesday, July 11 in Las Vegas. The politician is a well-known speaker, cigar enthusiast (often photographed by paparazzi at cigar clubs and stores), and has been a long-time supporter of the premium cigar industry. Cigar Rights of America bestowed an honorary lifetime membership for his leadership of NYC.

He last appeared on the cover of Cigar Aficionado back in December 2001 so he is overdue, and speculation is his upcoming appearance may just put him front and center again. He seemed to be campaigning for the opportunity when he spoke on Fox News during election night. Giuliani remarked:

“I know the Cuban Community in Little Havana, and I happen to spend a lot of time there; for a totally irrelevant reason – the fact that I love cigars. I know all those families very well, the Padron family, Don Pepin Garcia.”

Retailers planning to attend the upcoming tobacco trade show will also no doubt be hoping for any insider updates on the pending FDA trial, especially with Giuliani’s cozy ties to the President.

made a name for himself politically during the 1980s when he took on the Mafia and exposed corruption on Wall Street as the U.S. District Attorney for the Southern District of New York. His tough stance on crime helped get him elected as mayor of New York City, twice, including serving the city during the events of 9/11. His strong leadership during those tough times and leading the city through the recovery process earned him the title “America’s Mayor.”

The announcement of this high-profile speaker is expected to boost attendance at this year’s event.